Zoe and Valerie, from a Belarusian village in Brest

Sometimes the only way to move through the world is honestly and from the heart, with gusto!

I first saw this video on Facebook and loved it! I dug around with the aid of Google Translate until I  found a link on YouTube: https://www.youtube.com/watch?v=6VdVBWmmzoA


Fascinated by the couple's heartfelt performance and strength of their music I kept searching. Here is a link to a  documentary on this most interesting brother and sister from Belarus: https://www.youtube.com/watch?v=pViF8iwxpOE

The name of the song is "Again I Stand Alone", and I personally not only want to have the pair over for coffee but also want Zoe to bring her Mickey Mouse apron!
Posted by Dee at 17:50 No comments:

Spending a life with an accordion and accordionists may give me an interesting view of the world. Interesting to others or not, I find it fascinating because no matter how much I learn there is always something that intrigues me to learn more. This Russian accordion ensemble plays familiar music, but the instruments are largely unfamiliar. I call it one normal B-system chromatic accordion and friends. When put through Google Translate their name means "Russian Voice", I think they may have been headed toward something like "The Sounds of Russia". https://www.youtube.com/watch?v=lOzi6gilQoE

I've been spending time looking through my videos and still pictures from Amala School in Serbia. I am reminded how very comfortable I was at the compound and how very strange everything was. Here are three pictures I really like.
Three generations were staying in the houses on the cul de sac up in the hills of Valjevo, this is the grandmother who spoke not one word of English but always said hello somehow. She would sometimes meet me at the gate and talk with me as we walked up the drive to the houses. I never understood a word but that didn't bother her. She would smile and wave as we parted ways. I personally adored her, and her whisk broom.

This is the room I stayed in for the first week of school. There was no filter used on the photo, it was this color and I loved it! What you can't see in the picture is that the temperature was mostly around 100 degrees with no air conditioning. At night it cooled down to around 75-85 degrees but the windows really didn't open to let the cooler air in. Quite an experience for this Minnesota girl who sleeps with the window cracked open all winter.
These young people were staying in the neighborhood and came to visit us during the days at the compound. They spoke a little English and German and were delightful. It saddens me that I did not get their names before they left the area, I think their eyes tell an amazing story.


I receive a publication each month as a member of the Twin Cities Musician's Union, Local 30-73. It has news from all genres of professional musicians and orchestras that keeps me connected at an International level.

I was so pleased to find this article today, Cory is a friend and has agreed to be my jazz coach during the NE 2 NE Accordion Expedition. I think I chose wisely.

Excerpt reprinted from the International Musician article, February, 2014
When it comes to mainstream music, Cory Pesaturo of Local 198-457 (Providence, RI) does not currently consider the accordion to be part of that mix. As an independent musician who books all his own gigs, even potential agents tend to scratch their head, wondering where to place him

“It’s been a problem,” he says. “It’s kind of caused me to do all this innovation and to keep pushing, which is why I have a flame-painted accordion with lights in it.”

In his early days, Pesaturo played folky European ethnic styles with vast arpeggios and riffs. With influences ranging from Igor Stravinsky to Art Tatum, Freddie Hubbard, and Stevie Wonder, today he strives to create a sound unlike any accordion player he has ever heard.

He says he found his passion in improvisation. “When I found jazz, is when I really started to love playing the accordion, because it fit so well on the instrument,” Pesaturo explains.

In 2002, Pesaturo was the youngest person to win the National Accordion Championship, and in 2011 he won the Primus Ikaalinen World Championship as the first American contestant. He is one of only four accordionists in history to win a world championship on both acoustic and electronic accordion.
Posted by Dee at 19:01 No comments:

Part of the NE 2 NE Accordion Expedition is about performing on the AAMS Friday night concert in Whipanny, New Jersey.

Although my workshop will be Rroma, I've been asked to provide a program of French music on the concert. I've been researching and soul searching to see which tunes (old and new) make my heart shine since I believe the best concert is given with music from your heart.

I have been particularly taken with French musette "Valse Merovingienne" written by Andre Verchuren and Georges Ghestem ca. 1955. The chord structure is more Celtic than French and the melody is a bit melancholy while oddly calming.

The name was even more intriguing. With a little help from Wikipedia I learned this:

The Merovingians were the first Germanic tribe to resettle on Roman land. Their dynasty came to rule the Franks in a region known as Francia in Latin for 300 years from the middle of the 5th century.

This is a picture of one of the Merovingian Kings. He reminds me of what the basic melody of  "Valse Merovingienne" sounds like. I do believe I will enjoy making a new arrangement of the original waltz to play on the concert!


Pledge support for the NE 2 NE Accordion Expedition. Thank you!

Musette - a lovely way to smile

Often I hear the someone say, "The party has started, the accordion is here!" when I get to a gig. I would love to think they think I'm an awful lot of fun personally, but I believe they are referring to the type of music the accordion plays.

The Friday night concert at AAMS (American Accordion Musicological Society) during the MAMTG (Mid-Atlantic Music Teachers Guild) convention will feature French music. Here one of my favorites, "Jeanette" by Guy Viseur on YouTube.

I just added a couple favorite pictures to my Kickstarter project NE 2 NE Accordion Expedition and thought to share them here. Pledge if you can, you get cool rewards!

There's always a bit of intrigue and surprise generated by the reality of travel plans.

I was checking the Amtrak website for the availability of compartments on my round trip from Minneapolis to Philadelphia (changing trains in Chicago) and discovered that one of the trains needed was no longer listed as a connection. The Cardinal line (Chicago-Philadelphia) had disappeared. 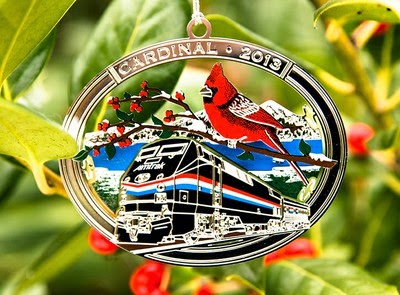 This prompted a phone call directly to Amtrak where I poured out my concerns to the agent. She was a gem and dug around in the files until she saw what the issue was. The Cardinal was active but the Empire Builder (Minneapolis-Chicago, originating in Seattle) was so consistently late arriving in Chicago that Amtrak no longer considered it a viable transfer. This must have happened very recently because I had checked the website two weeks ago and the connection was listed.

Solution: Leave a day early, stay over night in Chicago to catch the Cardinal the next day as originally planned. 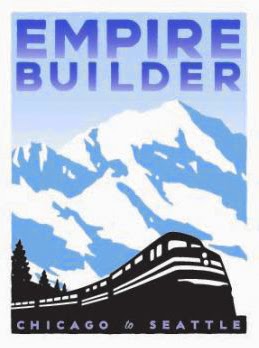 All was good, for the moment, because the trains connected well on the way home to Minneapolis. One is always ready for an easy trip back to their home.

Then I got the other bad news, there were no more compartments left on that train the day I wanted leave for home. To make matters a little more complicated, the Cardinal line is the only train leaving from Philadelphia with checked baggage, it only runs three days a week. You do need checked luggage when you travel with a larger instrument as a carry on.

Glad everything worked out well!

My project just went live on Kickstarter!
How exciting!

For years I've been trying to make people feel better about having to travel with their accordion. I've said, "Oh, don't worry, just carry it on. Not a problem with a soft sided case."

I think something may have changed because I now get so sick to my stomach every time I need to take my accordion farther than a car ride away. Could it be that the airlines have damaged my concert instrument twice already and cost me a couple thousand dollars? Or maybe that I have to argue it on the plane despite my Musician's Union card in hand which should guarantee I can carry it aboard the aircraft? Or maybe it's that sick feeling at the security checkpoints as they take me aside to swab/search the outside and inside of the instrument and/or me? 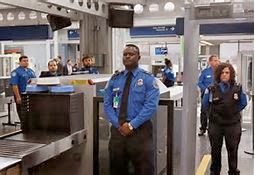 Yup, I've changed my mind enough to create a Kickstarter project to raise enough funds to take Amtrak all the way from Minneapolis/St. Paul to Philadelphia to play a concert and give a work shop for the Mid-Atlantic Music Teachers Guild and American Accordion Musicological Society festival this March. 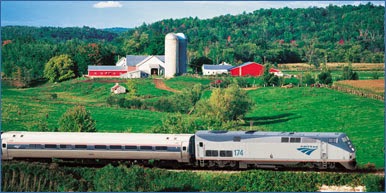 On Amtrak, my accordion will never leave my side, my meals will be made for me and I can sleep all the way east (1,200 miles) if I want to. Voila, the NE 2 NE Accordion Expedition has been created and should go live on Kickstarter in a couple of days. Hurray Amtrak!
Posted by Dee at 17:31 No comments:

Getting Ready for AAMS

Here is a description of my workshop:

Play Gypsy (Rroma) Music Today - Dee Langley
Experience the excitement and fulfillment of music at your fingertips while exploring the rich, mysterious, and romantic melodies of the Rroma people. During the summer of 2012 Dee attended the Amala School in Vallejo, Serbia where she lived with and was taught by Gypsy (Rroma) musicians. This workshop is open to anyone who has a desire to experience world cultures through music and learn more about what the Rroma people are really like.


AAMS is held in conjunction with the Mid-Atlantic Music Teachers Guild - March 28, 29, - 30 in Whippany, New Jersey.